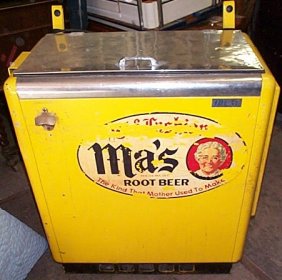 The Summer of 1964 was a most memorable summer for me. I was 10 years old and it was a most magical time of my life. There were the old tree forts. One was located in the tall, towering maple tree in my backyard. The other tree fort was located in the woods behind my house. There was the only tire swing, the clubhouse, the old garage and the wonderful back field that lied in back of my backyard.

My paternal grandfather, Watson Mabey, used to call the backfield, “Earl’s Meadow.” It was the field wherein his brother Earl was going to build a home for himself and the woman he loved, when he came back from France during World War I. Sadly, Uncle Earl was killed in battle.

Earl’s Meadow was a little more than one acre in size. It made for a splendid baseball field. It seemed that every day, during the Summer of 1964, we would have a baseball game in that back field. The mainstay of kids, for just about every game, included Stu, George, Joey, Johnny, my cousins Davy and Eddy, and myself. Then, of course, there was a host of kids that came from all over the neighborhood. It was uncanny because we would have enough kids playing, to have two full baseball teams just about every single day we played that summer.

We would start right after we had all eaten breakfast, being about nine o’clock in the morning. Then we’d play till about noon time and all dispatch to our separate homes to eat lunch. Then about one o’clock in the afternoon, we’d play baseball for another couple of hours.

I personally think the best part of those days of baseball, during the Summer of 1964, came after we finished just about every baseball game. We would all ride our bikes up Route 202, to the gas station about a block up from my old homestead. There, on the right hand side of the entrance door to the office of the gas station was an old fashioned soda cooler. It was the center of our post game rap sessions.

I remember that soda cooler, as if I had just seen it an hour ago. The paint was chipped in places. The brands of soda were different than a lot of the main stream sodas of today. There was Ne-Hi Grape, Orange Crush, Ma’s Root Beer, Boylan Birch Beer, and Bubble Up. The soda came in long-neck bottles and you had to pay a two-cent deposit on each bottle of soda, so altogether the price of a bottle of soda was 12 cents, back in 1964!. Of course, the gas station owner gave you the two cents back as soon as you finished your soda and placed the empty soda bottle in the wooden crate, that was on the left hand side of the soda cooler.

Here was the greatest thing about buying a soda at the old gas station, the bottles of soda were all in the big cooler that was filled with chunks of ice and shivering ice-cold water. After playing baseball, in the hot sun in an open field for about five hours, it felt great to submerge your arm in the bitter cold water of that old soda cooler. Most of the time, you would take the liberty of splashing cold water on your face. In about two minutes all the water on your arm and face would dry up.

My fave soda was Orange Crush. My mom was never crazy about my sister and I drinking soda, so the idea of drinking orange soda seemed healthier. I don’t know why I thought that because it was just as loaded with sugar as any of the other brands or flavors.

Sometimes when I’m traveling from Florida to New Jersey, to visit friends and relatives, I still look for an old gas station that just might have the old fashioned soda cooler, on the right hand side of the office door. So far, I haven’t found even one yet. But, alas, I keep searching.

We have an old two-lane highway, Route 301, here in Central Florida. From time to time I take a ride on it, through some of the old small towns. Sadly, I haven’t found an old gas station with an old soda cooler. I know, somewhere and some place, there has to be one or two left in the good old U S of A. My golden hope is to find one and have that chance to submerge my arm into the icy water to fish out an Orange Crush soda, just one more time.